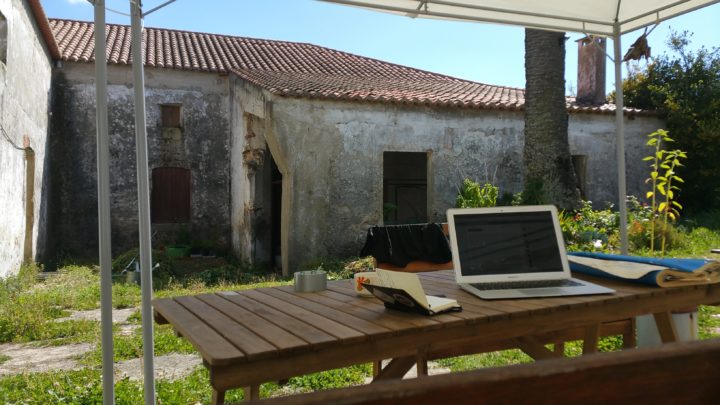 We’ve been working out an outline of the concept for a generic tank and a site-specific tank. We want to build and test a rapid prototype kit that works as simply and efficiently as possible for a novice to aquaponics to deal with, and a bare-bones, universal sensing kit to detect atmospheric, grow-tray, and aquatic systems. Due to the time limitations, we’ve decided to do all the water testing manually for now, and import that data into the database manually.

The idea is for anyone in the world to build this tank and set up a similar system. We want to find out if we can grow a standard crop inspired by the salt water aquaponics farming that is being done in the Netherlands. Looking at those techniques, we considered what would be the optimal crops. Potatoes were rejected because they grow too slowly and our residency is only for a short time. We decided on tomatoes, strawberries, and lettuce, because they are fast growing, along with some herbacious plants, all sourced locally.

Copyright 2019
All rights owned and reserved by TeleArgiCulture.org, marart.org
& the Artists.