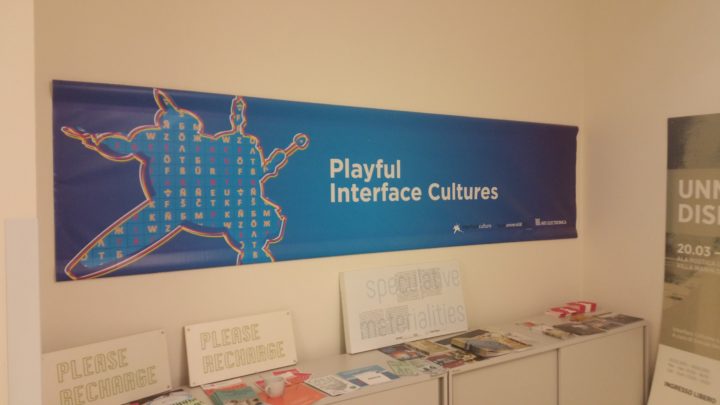 Eleven years after studying there, Julian returned to Interface Cultures to give a guest lecture titled “Augmentation Aesthetics and Bio-Digital Identity in Art”, all about what he’s been doing since he left.

“It was so nice to see the staff and friends I’ve known for many years, and to find – as always – a fantastic bunch of new students. I still think it’s the best school in the world for digital media art. I’m proud to have studied there and give a talk as one of their successful graduates.”

Julian then went on to give a lecture “My Journey through Augmentation Aesthetics” at FH-Salzburg, where he was able to catch up with old colleagues. There were some great discussions about this project, specifically about how we can use tech for more social endeavours, rather than just for making digital media magic.

Copyright 2019
All rights owned and reserved by TeleArgiCulture.org, marart.org
& the Artists.