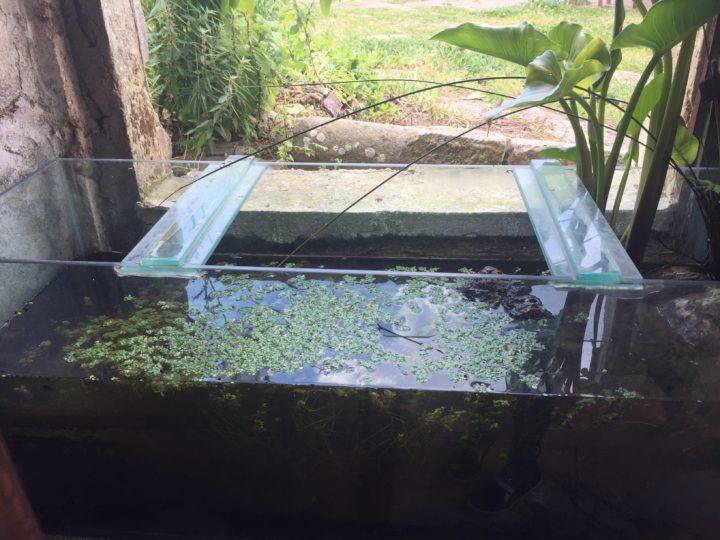 While experimenting with syphoning systems and pumping systems in the tanks, we accidentally lost a large amount of water from our fresh water tank. Luckily we had an overflow sub-tank, and also we had a pre-existing tank that already had very healthy water in it, so we were able to rectify the situation. In terms of consistency of data and biological integrity, it was a bad mistake, but we learned an important lesson about monitoring the tank while making adjustments to it.

The marine system went from strength to strength and is improving in its testing numbers, however we appear to have lost some of the fish. The shrimp, crabs, and pipe fish are thriving, but the edible fish species we found were unfortunately absent without leave.

The brackish bath worked in some ways, but it was a disaster for the tomato plants. The problem was a combination of not using established plants (we were using seedlings that were on their first cotyledens), so they struggled, and the salt water from the river that we used wasn’t brackish – it was sitting around 45g per liter. We tried it anyway, but in hindsight it was too saline. The good news is that daily flushing has revived the majority of the seedlings and we haven’t had a single casualty yet (though some seedlings are still a little unhappy).

Copyright 2022
All rights owned and reserved by TeleArgiCulture.org, marart.org
& the Artists.